Two people died and three others were injured Friday when a solider opened fire on a group of civilians in restive Papua province, a military official said Friday.

Papua military spokesman Teguh Pudji Rahardjo said the incident began when a soldier was attacked by a mob in Timika.

A second soldier who came to his aid was also set upon, he said, prompting one of the troops to fire several shots to dispel the crowd.

The two deceased men were 18 and 23 years, local media reported.

In a statement, the Indonesian military condemned the actions of its troops.

“This was a criminal act committed by Indonesian army soldiers, therefore it is now being handled by internal affairs,” military spokesman E. Sodik said.

It is difficult to independently verify information from Papua, as Jakarta keeps a tight grip on the resource-rich region with a heavy police and military presence and there are restrictions on foreigners reporting from the area.

Violent clashes are not uncommon in the eastern region, where poorly armed fighters

have been waging a low-level insurgency against Jakarta for decades on behalf the mostly ethnic Melanesian population. 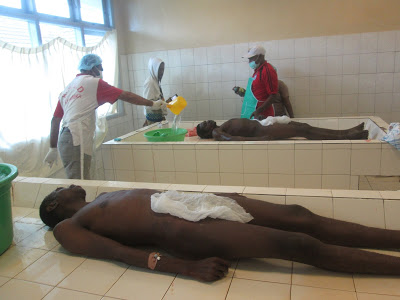 Last year at least four teenagers were shot dead in Papua in a clash with security forces, although rights campaigners accused police of opening fire on protesters.